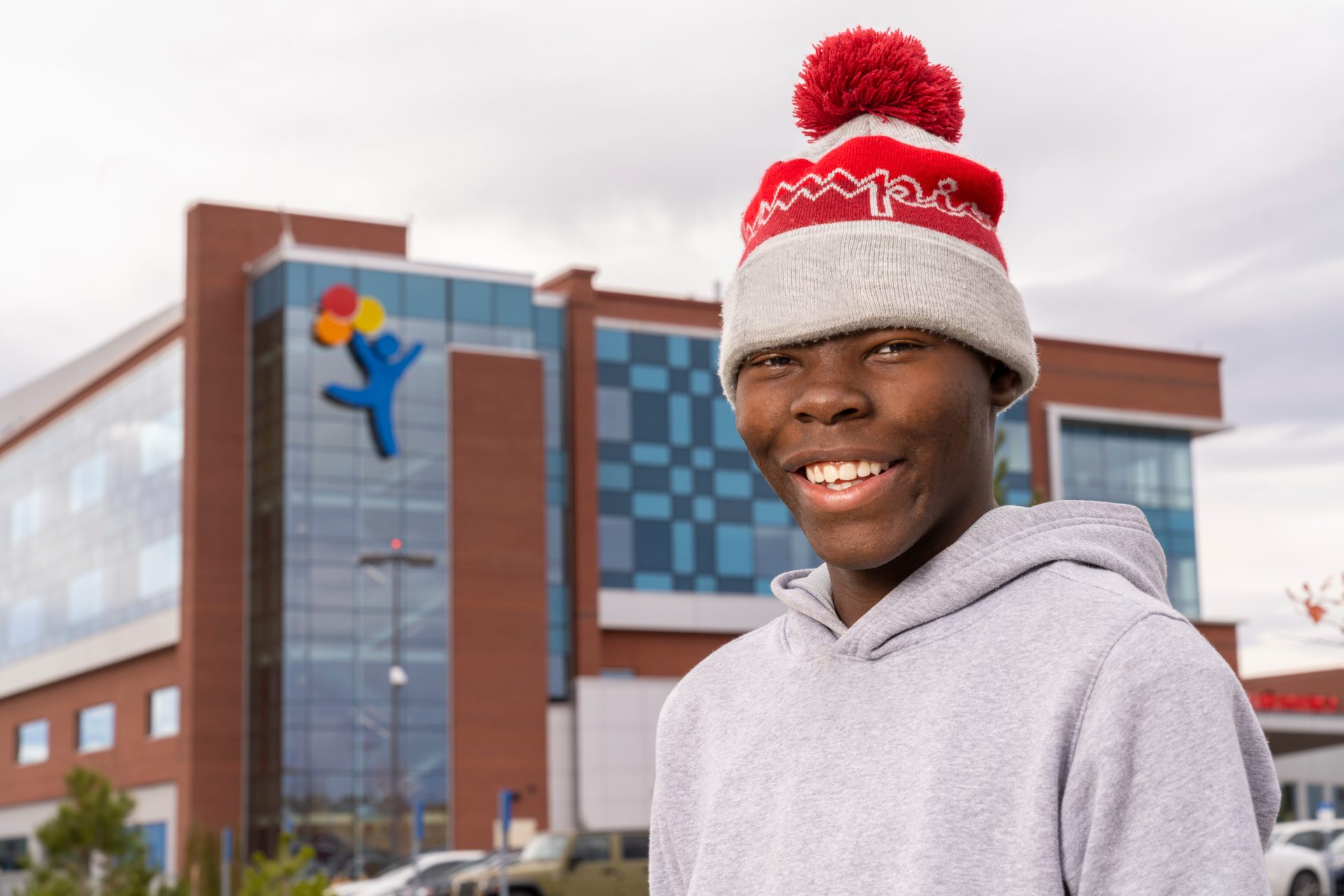 Kai joined his high school football team, a dream of his for 8 years. But within weeks of starting practice, Kai started experiencing what his parents thought was a sinus infection and some mild abdominal discomfort. His dad took him to their primary care doctor near their home in Colorado Springs. At first doctors thought the abdominal pain might be appendicitis, but a CT scan and subsequent MRI revealed something far worse: Kai had Hodgkin’s lymphoma, a cancer of the lymphatic system. The mass on his left kidney was the size of a peach. Kai immediately began treatment at Children’s Hospital Colorado.

Kai completed four rounds of chemotherapy at the hospital’s Center for Cancer and Blood Disorders at Colorado Springs.  The chemo shrunk the size of Kai’s mass by 84%, and 14 days of radiation helped to eliminate the rest of the tumor. It was only fitting that Kai celebrated the end of his cancer treatment with a bell ringing ceremony at his football team’s year-end banquet.  Today, he is hopeful that his cancer is gone for good, and he’s excited to get back to playing football.